Message to Man: Ilim's award goes to The Kind Souls

The official closing ceremony of the XXIX Message to Man International Film Festival took place in St. Petersburg on September 20, 2019. 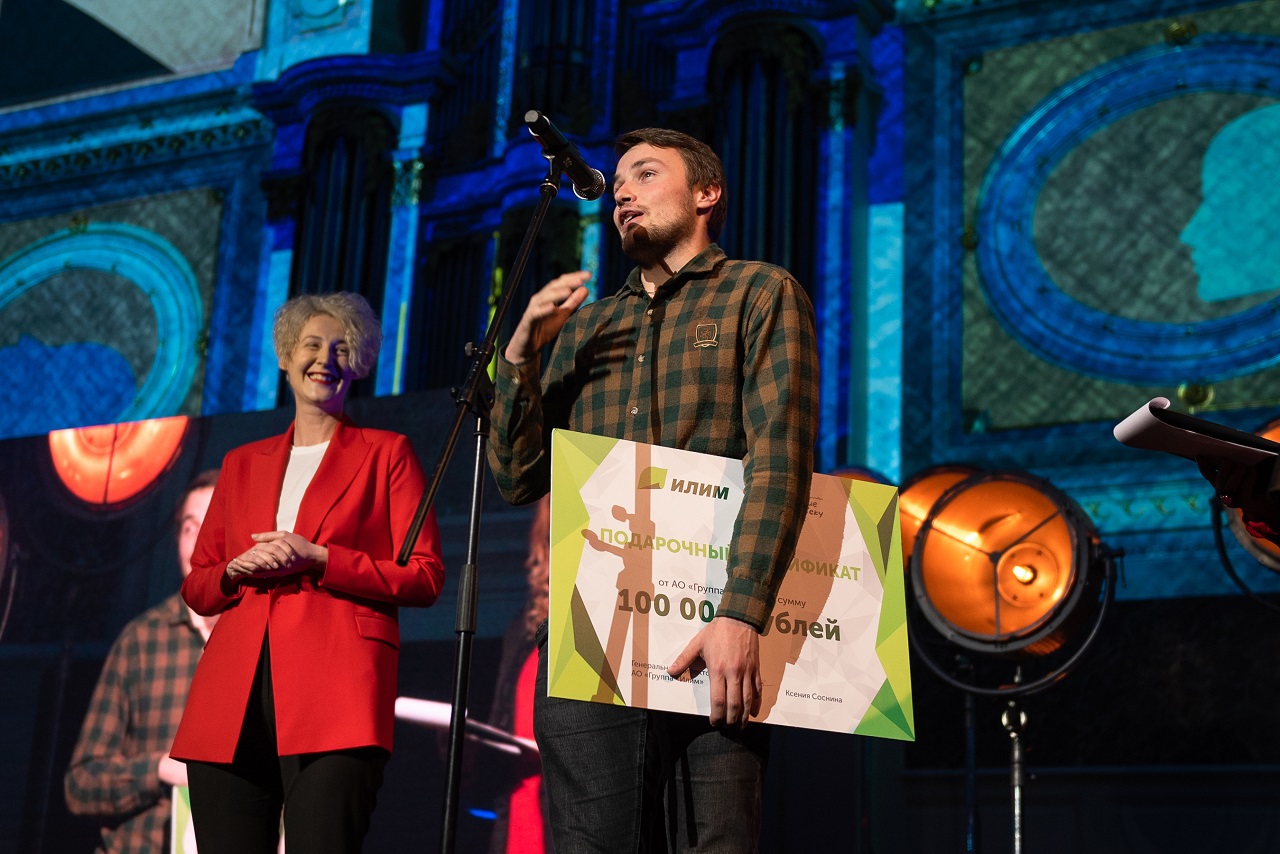 In keeping with the tradition, Ilim Group gave a special award to directors of one of the Russian films in the National Competition category. This year the award went to The Kind Souls by Nikita Efimov, a student of Marina Razbezhkina and Mikhail Ugarov School of Documentary Film and Theatre. Nikita presented his coursework at the Festival, making his debut as a young film director.

It was the third time that Ilim Group supported and acted as a general sponsor of the Message to Man International Film Festival, which was held in St. Petersburg on September 14 -21, 2019.

Ilim Group is the leader of the Russian pulp and paper industry. Ilim has production facilities in the Arkhangelsk, Irkutsk, Leningrad and Moscow Oblasts, which produce 75% of all domestically produced market pulp, 20% of domestically produced board, and 10% of paper Ilim’s total annual production volumes exceed 3.4 million tons. Ilim Group exports its products to more than 70 countries worldwide. Every year Ilim Group allocates more than RUB 400 million to charity and social projects in the regions where Ilim operates.

In 2019, film directors from 98 countries submitted their films for the Message to Man International Film Festival with the official selection of 70 films, including 8 world premieres, 1 international and 30 Russian premieres. The festival had 20 debut films. Together with debut films people were given an opportunity to see new films made by worldwide famous film directors and participants of previous festivals.

This year the Festival welcomes Udo Kier (a German actor, who played in more than 200 films during his carrier), Thomas Heise (a German documentary filmmaker, the winner of the Berlinale award in 2019 and the European Film Academy award in 2008), Kazuo Hara (an actor and one of the most award-winning Japanese film directors), Babette Mangolte (French-American representative of contemporary art and cinematography) and others.

In keeping with the tradition, at the end of the festival Ilim Group gives a special award to directors of one of the Russian films in the National Сompetition category. In 2018, the award went to Fatei and the Sea, a documentary film by Alina Rudnitskaya and Sergey Vinokurov.