It was the third time that Ilim Group supported and acted as a general sponsor of the Message to Man International Film Festival, which was held in St. Petersburg on September 14 -21, 2019. 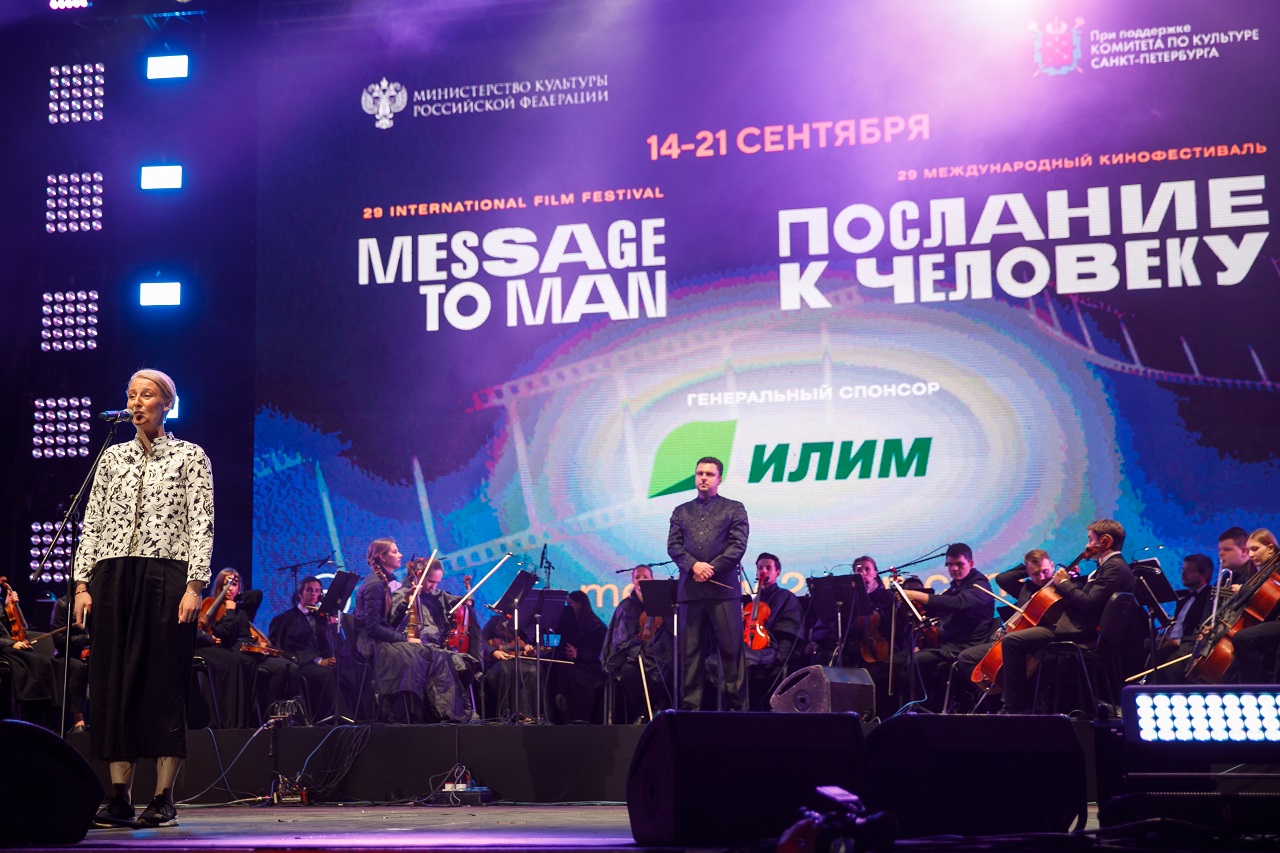 The official opening ceremony took place in Palace Square on September 14, 2019.   One of the honoured guests of the Festival attending the opening ceremony was Udo Kier, a German actor, who presented the Russian premiere of The Painted Bird (directed by Václav Marhoul), a film based on the novel by  Jerzy Kosiński, a Polish-American writer.

Following the official part, an outdoor cinema screened the Russian premiere of Diego Maradona documentary by Asif Kapadia, a British film director. The world premiere of the film was at the Cannes Film Festival.

In keeping with the tradition, at the end of the festival Ilim Group gives a special award to directors of one of the Russian films in the National competition category.  In 2018, the award for Proactive Approach to Environment went to Fatei and the Sea, a documentary film by Alina Rudnitskaya and Sergey Vinokurov.


Films of the Message to Man festival tell us about love in all its forms, including love for your job, love for your family, love for nature and love for mankind, in general,  said Kseniia Sosnina, Ilim Group CEO. We are pleased to support this project as we believe that spiritual development is an essential thing.  An opportunity to gain a broader perspective of your life, think more freely and have more compassion towards other people - these are the things that the community is lacking today.   Two years ago together with the Message to Man Organizing Committee we created  an Echo of the Festival project in the regions where Ilim operates.  Every year we organize the screening of the most fascinating films of the Message to Man in Koryazhma, Bratsk and Ust-Ilimsk  followed by a debrief with participation of  film critics.  In 2018, we showed the Human directed by Yann Arthus-Bertrand, in 2019, The Salt of the Earth by Wim Venders and Juliano Ribeiro Salgado.  The cinema halls are always full of people, the films trigger a spark of interest in everyone.  It gives us confidence that the project will have a long life.


The films of the Message to Man Festival always reflect the time we live in. A difficult choice is imposed on the jury, as every year the scope of the festival increases.  The Message to Man became a leader among the Russian and many European festivals in terms of the number of films submitted for selection.  2019 is a special year, as the next year the Festival will celebrate its anniversary. This year the Festival welcomed Udo Kier, a famous actor who was lucky to work with such classical European film directors as Rainer Werner Fassbinder, Lars von Trier, Werner Herzog and many others.   Kazuo Hara, legendary Japanese film director, whose documentaries are listed among the most influential films of our time, also joined the Festival to present his retrospective outlook, said Aleksei Uchitel, president of the Message to Man film festival, a Russian film director and the People’s Artist of Russia.

Ilim Group is the leader of the Russian pulp and paper industry.  Ilim has production facilities in the Arkhangelsk, Irkutsk, Leningrad and Moscow Oblasts, which produce 75% of all domestically produced market pulp, 20% of domestically produced board, and 10% of paper Ilim’s total annual production volumes exceed 3.4 million tons. Ilim Group exports its products to more than 70 countries worldwide. Every year Ilim Group allocates more than RUB 400 million to charity and social projects in the regions where Ilim operates.

The XXIX Festival screened the best documentary, fiction, animation, and experimental films.  In 2019, film directors from 98 countries submitted their films for the Message to Man International Film Festival with the official selection of 70 films, including 8 world premieres, 1 international and 30 Russian premieres.  The festival had 20 debut films.  Together with debut films people were given an opportunity to see new films made by worldwide famous film directors and participants of previous festivals.

This year the Festival welcomes Udo Kier (a German actor, who played in more than 200 films during his carrier), Thomas Heise (a German documentary filmmaker, the winner of the Berlinale award in 2019 and the European Film Academy award in 2008), Kazuo Hara (an actor and one of the most award-winning Japanese film directors), Babette Mangolte (French-American representative of contemporary art and cinematography) and others.