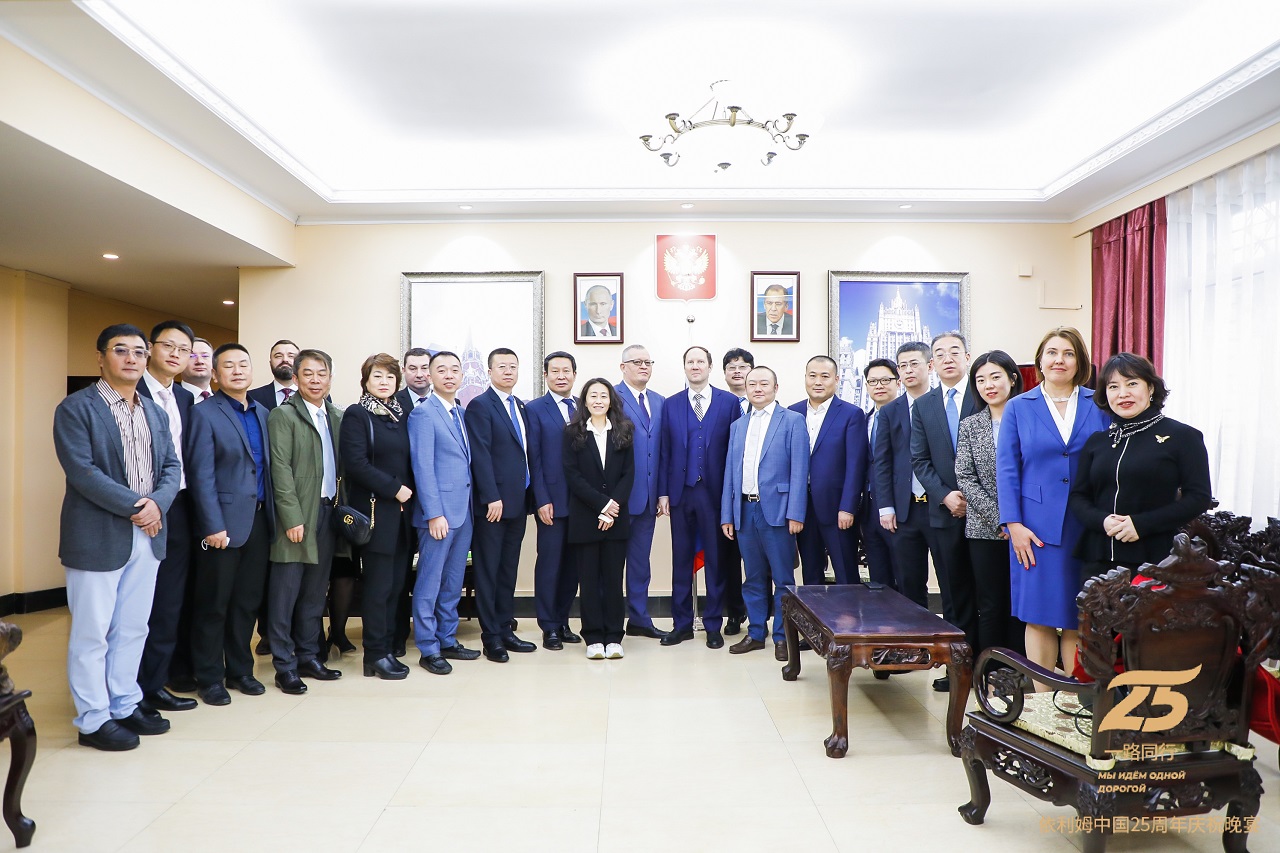 The meeting was held to commemorate the 25th anniversary of Ilim's presence in the Chinese market which falls on 2021. Alexander Lykhin, Vice-President, Asia, Head of the Beijing Representative Office of JSC Ilim Group, spoke about Ilim's key performance results in terms of export of P&P products to the Chinese market.

“In 2020, Ilim delivered a record-high volume of 1.66 million tons, which is 33.2 times higher than the export volumes in 1996 when Ilim first entered the Chinese market. Over the last quarter of a century, Ilim has built the reputation of a reliable partner and has become the largest supplier of bleached softwood pulp to the People’s Republic of China. Time has proven that we have chosen the right path and we keep sharing this path with our partners. Ilim intends to ramp up its exports to all regions of the country, reaching 2.4 million tons per year through, inter alia, an increase in paperboard export volumes. To achieve this goal, in 2022 we will launch a new KLB Line in Ust-Ilimsk with a capacity of 600 thousand tons per year’’, said Alexander Lykhin.

“Russia is one of the leading suppliers of P&P products to China”, emphasized Sergey Chernenko, Consul General of the Russian Federation in Shenyang, in his speech. “I am sure that Ilim Group significantly contributes to the development of relations between our countries as regards trade and industry. Over 25 years, the Company has become the leader of the Russian pulp and paper industry and one of the key industry players globally. Excellent performance results would not have been achieved without reliable partners, that is why it is very important that the long-standing partners of Ilim Group have joined us for this meeting. I wish Ilim management and their Chinese partners every success in their work, good health, happiness and prosperity’’.

Moreover, Konstantin Nevezhkin, First Secretary of the Russian Embassy in China and Ivan Izotov, Deputy Regional Representative of the Chamber of Commerce and Industry of the Russian Federation in East Asia also attended the event to personally congratulate Ilim Group team.

It is no coincidence that Shenyang was chosen to host the first anniversary event this year, as the first Ilim's office in China was opened in this city back in 1996. Four years later, in 2000, the office was moved to Beijing.

China is a strategically important market for Ilim Group as 44% of all P&P products produced by Ilim are exported to China. Over 25 years, Ilim has exported to China more than 23 million tons of pulp and paper products. Ilim Group products are consumed by more than 500 mills in 20 regions of China. During the anniversary year Ilim Group will continue to increase its deliveries to all regions where it operates and especially to Central and South China.